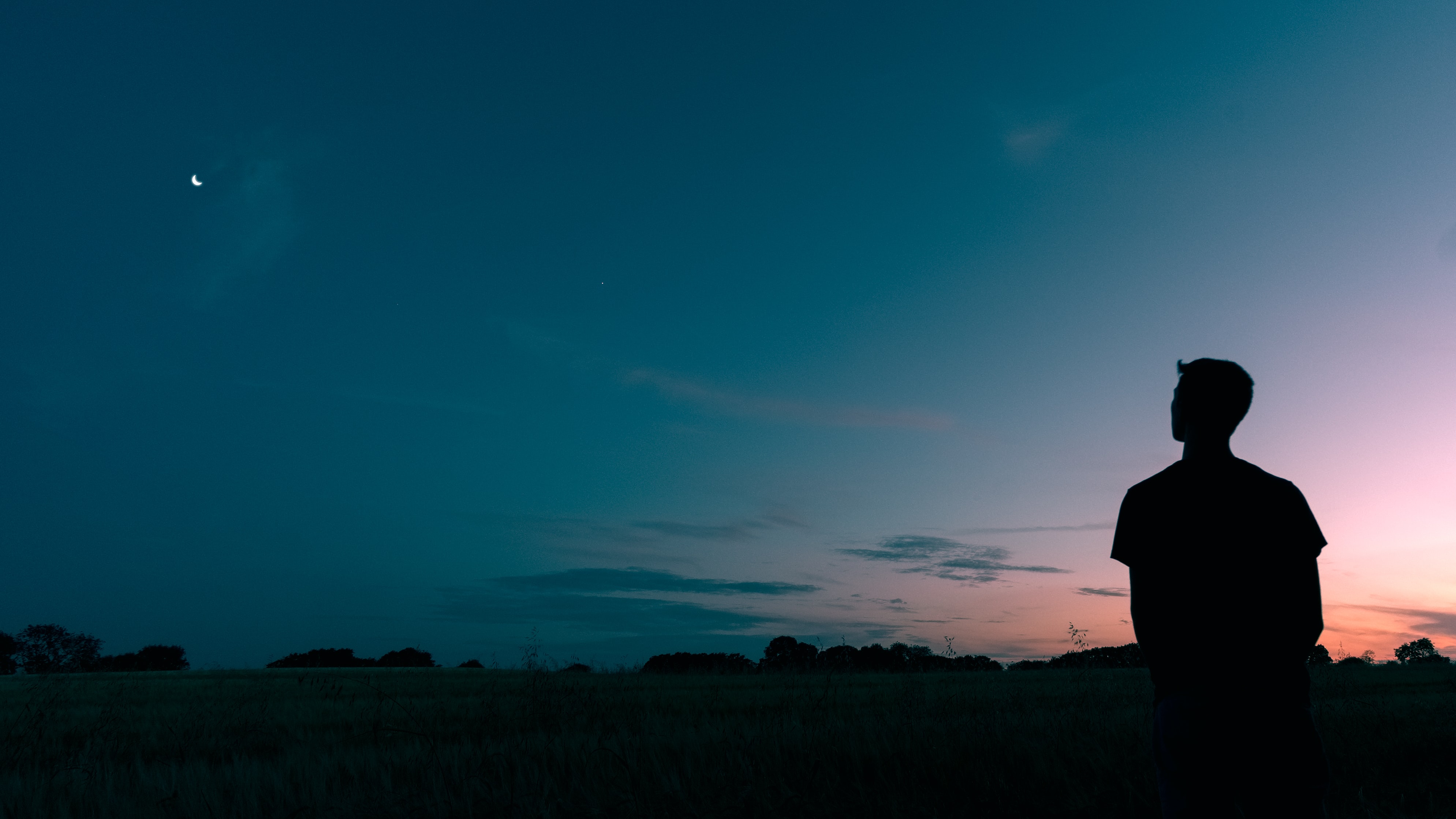 Do you feel on the outside?

Increasingly, Christianity is moving from the center of society to the outskirts. I talk to people all the time that feel like they went to sleep and America was a Christian nation, and woke up to America being the enemy. It’s not the first time Christians have had to ask how to relate to a culture that is hostile to some of our basic beliefs. But it’s important to mark our changing relationship to culture and ask the question “how can I be the best ambassador for Christ to my culture?”
‍
2 Corinthians 5:20 says “We are therefore Christ’s ambassadors, as though God were making his appeal through us. We implore you on Christ’s behalf: Be reconciled to God.” I love this verse.

It takes me out of any mopyness I may feel about being an outsider. I’m an ambassador. By definition I’m an outsider. I’m not an outcast. I’m chosen. I’m chosen by my King to represent my country. I’ve been given an assignment—to represent my King and his Kingdom to another culture. When I speak, I don’t speak on my own authority. I speak with the authority I’ve been given by the King. I treat the culture I live in with respect but I never lose my cultural identity. I speak the language of the culture I’m an ambassador to but the message of the Kingdom I’m from. I’m an ambassador.

How to be an ambassador:
Ask more questions.

My philosophy classes gave me plenty of reasons to not believe in God. Right before I graduated, I decided that I wanted to hear the best of the best reasons to not believe in God. I reasoned that I was headed to a Christian university next to study Christian Apologetics. Before I heard all the arguments for Christianity, I wanted to make sure I had heard the best arguments against it. So I decided to sit down with a few of my favorite professors and ask them why they didn’t believe in God.
‍
I approached my Ethics professor one day after class. I asked him to share with me his best reasons for not believing in the Christian God. He paused and said “ok, but I think that should be a conversation over coffee.” So after class one day we sat down at a coffee shop. My heart was pounding, I was so nervous to hear his reasons for not believing in God. We sat for an hour as he explained why he didn’t believe in the Christian God. It was pretty devastating stuff if I’m gonna be honest. I took it in, wrote it down in the journal of questions I’d started. We wrapped up the conversation and I finished out his class.
‍
Fast forward to graduation. I’m walking out when I run into my Ethics professor. He congratulated me on graduating and then said, “Um Dena, you’re not a very good Christian.”
‍
“What?!” As an Enneagram 1, why don’t you just punch me in the face? I was completely taken aback.
‍
He continued, “you asked me why I didn’t believe in God.”
‍
“Yes, I wanted to know.”
‍
“And I told you my reasons for not believing in God. But you were then supposed to say, ‘can I share with you why I do believe in God?’”
‍
I was floored. I’d asked not because I wanted to share my faith, but because I genuinely wanted to know his thoughts. I’ll never forget what he said next.
“I want to hear why you do believe in God.”
‍
Did my Ethics professor just ask me to share my faith with him? What is happening? My genuine question led to his genuine question. This is the stuff of conversations. How do we forget it so easily?
‍
Ambassadors ask questions, lots of them. Don’t stand in the break room with your palms sweating wondering when’s the right time to interject “you really shouldn’t be swearing but Jesus loves you, would you like to come to church?” Ask a question!
How’s your day? What’s your favorite movie? Describe the last three years in three words. What was your family like growing up? Where did religion/God/church fit in your childhood? What’s the most important thing in life to you?
‍
Every single one of these questions (and others!), when asked genuinely, can lead to conversations about faith. Questions are the beginning of all good conversations. Ambassadors ask more questions.

How to be an ambassador:
Eat more french fries.

I met Nico in Dr. Lucey’s Metaphysics class. He overheard me and Julia, another Christian, talking about our ethical views. He asked me to coffee. While I sat there trying to figure out how to explain to him that I’d kissed dating goodbye, he said “I heard you talking to Julia about your faith and I was wondering if you can tell me who God is.”
‍
“Is this real life?” I thought. Astounded, I sat there for an hour and shared who God was. That was the start of our friendship. One day I invited him to a church that had a great ministry to 20-somethings. They were preaching exegetically through Luke and the passage that night happened to be on Hell. The preacher was incredibly gifted . That made things worse. It was fire and brimstone and totally true and totally incomplete. He barely touched on the gospel. We exited the service in silence as the trendy music ushered us out of the lobby. The whole service I pleaded, “why God, why?” As we walked to our car I said, “so, how are you doing?” He said, “honestly Dena, I’m sick to my stomach.”
‍
My heart fell and I said, “ok, let’s go talk.” We drove to a restaurant and he ordered a glass of wine. I ordered some french fries. And we talked. We talked for a couple of hours about everything that message brought up for him. I told him my honest struggle with the doctrine of Hell and what answers I’d been able to come up with so far. It didn’t end in salvation. But it taught me that taking people to church is just the start - you have to get french fries afterwards. Ambassadors give people their time. They share their heart and mind and let people into the struggles they have with their faith. Church is powerful, but the witness can’t stop in the parking lot. People need to see the hard parts of your faith and that’s best done over french fries. Ambassadors eat more french fries.

How to be an ambassador:
Offer more you.

You start by asking questions. You show genuine interest in people. You value them not as a means to an end but as worthy of love and time and attention regardless of whether they convert. You follow those questions up with french fries. You give them your time, you open your life to them, you let them see the messy parts of your relationship with God and with God’s family. You don’t pollyanna them into the fold. You believe that the gospel is true and fills the longings of the human heart so you don’t try to make it prettier than it is. You also don’t abandon people just because they don’t see it yet. You stay up late and eat some french fries with them.
‍
When you start with questions and follow them with french fries, all that remains is to offer more you. This is the easy part. As an ambassador of Christ, Christ is in you. You long for home, so of course you’ll bring it up. You love your King, so his name is on your lips. Offering more you means you get to relax. You don’t pre plan what you’re going to say. You can skip reading five books about how to evangelize. You don’t need to edit your conversations. Who you are, Christ in you, is exactly what that person needs to see.
‍
A hundred moments in college taught me this. It may have been my homeschooledness that was my saving grace. I just knew deep down that I was never going to be cool. As a Christian philosophy major, I certainly wasn’t going to agree with most people’s beliefs. So I just decided to be me. When someone asked me how my weekend was, I told them about how I preached in church that Sunday. I told them my Bible passage. I told them the terrible sexual innuendos I accidentally made to a room of high schoolers. I brought my classmate coffee and told her I wanted to bless her because my church challenged us to bless people this week. She thought I was weird. I brought my Bible and read it during lunch. I used the staff break room microwave and when they asked what I was reading I told them “Matthew.” When my friends asked me how I was doing, I included how God and I were doing.
‍
There were awkward stares and uncomfortable pauses. But they accepted my non cool self and lumped my Christianity in there with it. But many people asked me follow up questions. I’ve never forgotten the feeling that every conversation I have with people might lead to a conversation about God that could change their life. There’s nothing quite like that feeling. It’s the feeling of being an ambassador.
‍
God is looking to unleash his ambassadors. He wants us to rejoice that we are on the outside. Being on the outside means you have an opportunity to represent your King and his Kingdom.
‍
Who knows. Maybe you’ll even get to bring someone home with you.

Subscribe to our blog
Thank you! Your submission has been received!
Oops! Something went wrong while submitting the form.
Featured